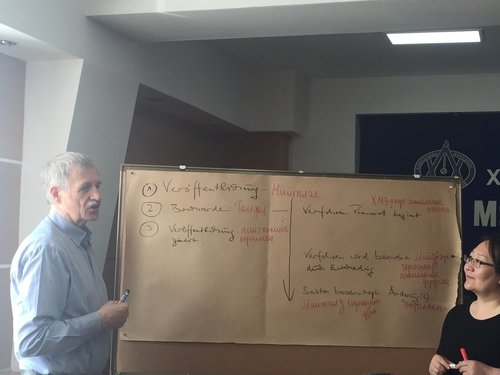 They studied and adjudicated a range of different real complaints from the German Press Council. The complaints were adjudicated in the same formal manner, which the MCM would operate for complaints about Mongolian media.  This brought a real sense of realism to the workshop, which the Committee members found invaluable.