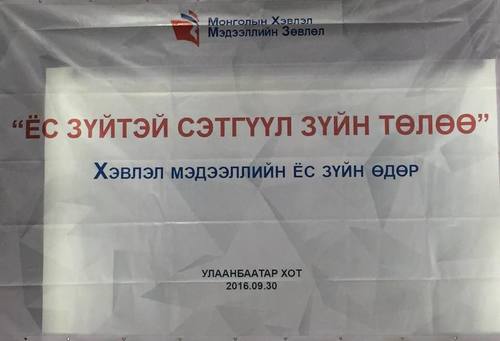 The MCM has organized the following events during the campaign:

A discussion and debate on media ethics, encouraging the media houses and editors to be a part of the campaign, and organized the “Ethical principles of a journalist” training session for administrators, journalists, and owners of the web portals, members of the Mongolian Website Association.