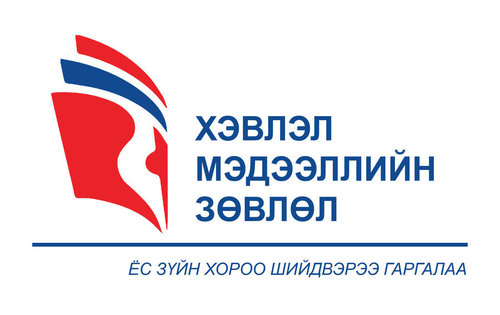 The regular meeting of the Broadcast Ethics Committee of the MCM was held on 26 October 2018 and discussed complaints addressed to TV5, TV4 and "Eco TV". A meeting was postponed upon confirmation from Mr. Sukhbaatar Sh, Speaker of the Broadcast Ethics Committee, because the complainant, “Talita Asia”, was expecting a decision from the Police Agency.

Mrs. Tserendolgor Ts was invited as a guest for the “Scornful Talk” program of TV5 on 22 September 2018. Mrs. Tserendolgor Ts is known in public as the "Blue Haired Tseren". She shared her views of life and talked about how she initiated the sensation about offshore accounts and Moonie (Sun Myung Moon cult) and gave detailed answers to journalist’s questions about her family and daughter-in-law.

Mr. Nyamdorj I, a citizen of Mongolia, sent a complaint to the MCM that the talk show violated journalist’s ethics. The complainant considered that the talk show intruded personal privacy, broadcasted insignificant information and rumor to the public and made unethical, rude error.

The Broadcast Ethics Committee concluded that the talk show violated the articles of 1.6, 6.2 and 6.3, and the article 1.2 was not breached. In particular, the journalist asked unconfirmed rumor regarding the guest Mrs. Therendolgor’s daughter-in-law without indicating that it is “rumor, assumption”. For example, the journalist didn’t prove that his question was confirmed when he asked “does your daughter-in-law has money? Does she have enough money to pay journalist Altanturuu to make a program?” as well as the journalist kept asking about the relationship between she, her son and her daughter-in-law even though it was not relevant to the public and asked about it several times during one hour talk show regardless of the audience interest in topics such as social ethics of the guest, even her usage of social media and her views on religious matters. Then, it’s considered that this violates the article – Information ‘of public interest’ should not be confused with information which is ‘interesting to the public’. The journalist asked about her daughter-in-law four times during the talk show. Therefore, the Ethics Committee considered that the complaint from Mr. Nyamdorj was reasonable.

TV5 hadn’t responded to the Media Council of Mongolia regarding the complaint.

“Talita Asia” NGO filed a complaint addressed to the “Behind the Closed Doors” program aired by Eco TV on 17 May 2018. “Talita Asia” is the main source of the problem which the program addressed. The program attempted to prove that activities of the “Talita Asia” is illegal, and the Eco TV aimed to investigate whether the organization protects women.

“Talita Asia” NGO operates in Ulaanbaatar with the support of the Asian headquarter of the “Talita” international organization based in Sweden and provides long term psychological and social services to women who are victims of the human trafficking and prostitution for sexual exploitation. The complaint considered that Eco TV broadcasted inaccurate information, distorted, misused its professional advantages, didn’t respect privacy of people, discriminated by religion, marital status and didn’t respect people’s sorrow, suffering and emotional trauma.

The Ethics Committee discussed the complaint and concluded that Eco TV violated 1, 2, 3, 4.4, 6 provisions of the Mongolian Media Ethics Principles.

In particular, it was concluded that unreasonably associated the activities of two separate organizations, broadcasted inaccurate information, couldn’t prove that “Talita Asia” is related with a terrorist organization during the program which confused the audience and created circumstance which might harm the complainant severely, secretly took a photo of the “Talita Asia” representative upon arriving at TV station, secretly recorded video and audio of the employees of some organizations and used them for the program. But it couldn’t explain that secretly obtained information was crucial to understand the situation, and the TV couldn’t prove that only way to get this information was to record it secretly to the MCM. They connected “Talita Asia” with terrorist organization and it led to a consequence of discrimination. Also, they revealed a location of “Talita Asia”’s shelter, then it was considered to be harmful for people who reside in shelter.

Eco TV responded with the justification that they didn’t violate the Mongolian Media Ethics Principles because they fully reflected the source and appropriate legal explanation within the professional ethics when investigating the story.

It is good that Eco TV’s “Behind the Closed Doors” program was produced by using the investigative journalism method. However, the Ethic Committee members indicated that there were ethical mistakes such as not discriminating and being fair, avoid inappropriate sensational coverage and not to attack unreasonably to prove wrong.

It was concluded that Eco TV violated the Ethics Code because the journalists couldn’t prove their suspicion for a foreign organization, of which activities related with human trafficking, sexual violence and terrorism, operates Mongolia during their program.

Mr. Sandui Ts filed a complaint addressed to the “Fourth Governance” news program of TV4 which was aired on 9 October 2018. The complainant indicated that the TV4 violated the Mongolian Media Ethics Principles by broadcasting unreasonable false information such as Mr. Sandui Ts received donation around MNT 200 million from a resident of Songinokhairkhan, Khan-Uul, Sukhbaatar district through his representative Mr. Gantumur while he was working as a Head of the Citizen’s Representatives Meetings of Ulaanbaatar and used it for the election; and raised donation based on his earned respect from people by issuing land licenses to them who aren’t eligible, particularly to the households residing at flood dam.

The MCM postponed the discussion of the complaint according to the 3.5 provision of the Operational and Complaints Procedure because Mr. Sandui Ts filed a claim at the Police Department of Sukhbaatar District regarding the issue related with the TV program according the law of Administrative Offence.

The Print and Online Ethics Committee decided to inform common mistakes and misunderstanding to media outlets during its meeting held on 12 September 2018. For example,