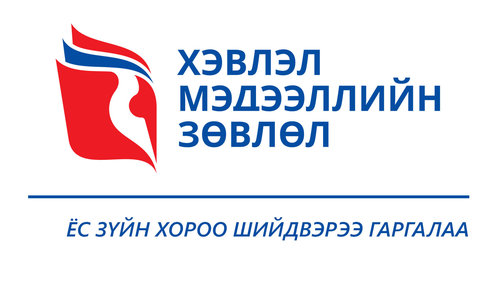 Radio and Television Ethics Committee of the Media Council of Mongolia held its regular meeting for the first quarter of 2022 on April 18th, 2022, and resolved a complaint addressed to two websites.

A citizen L.S submitted the first complaint on the following information published on Asu.mn website: A live entitled “The mother who lost her son is addressing to Minister Ts.Nyambaatar, prosecutors and judges in your sector are solving murder cases by taking bribes” broadcasted on March 1st, and a live entitled “G.Ganchimeg: A murder case, that was misjudged by Nalaikh Police, prosecutors, and judges by taking bribe, will be reinvestigated” broadcasted on March 3rd. Citizen L.S considered that the newsroom disseminated false information, was irresponsible, negligent, provided misleading and negative information to the public, and interfered in the investigation. The newsroom broadcasted a live show about a mother who said that she had lost her son. The woman's son went to pick up a friend from a resort, which was operating in violation of the quarantine rules and was stabbed to death by someone in March 2021 at the resort. The victim's mother said she suspected that the defendant had been lightly punished for his/her misconduct and that judges took bribes from the defendant’s side.

The Ethics Committee discussed the complaint and concluded that the following acts violated Article 1, 1.1, and 1.8 of the Media Ethics Codes: Journalist did not try to have a comment from the accused party /in the second video while having an interview with the victim's mother outside of the court after the trial, it was fully possible to take interview from the accused party/, no evidence was provided during the live, and the journalist him/herself guided the citizen who was giving the interview, supported, and asked influenced questions, and included his/her own opinions, and made conclusions.

Fit Zone LLC submitted the next complaint addressed to the followings: A live entitled “Suld spinning explains how they robbed their branch in Arslantai Guur'' broadcasted on the Facebook page of Paparazzi.mn on March 12th; and a live entitled “A spinning which operates illegally under the name of Suld spinning hurt their client” broadcasted on March 14th. The complainant alleged that the newsroom defamed its reputation, disseminated false information, and distorted the actual situation. During the first live broadcast, Munkhsuld, the founder of the Suld Spinning Center, said that he had been operating the center for three years, and the center’s accommodation had taken over, which had been his main branch. The woman, who had been exercising the spinning in this center for three years and also had been supplying products such as belts and oil, agreed with the tenant and asked to vacate the center. Later, the center was renovated, teachers were taken over, and similar activities were carried out using their marketing and logos. Munkhsuld said that they lied, conspired and took his/her spinning center. He/she also mentioned that he/she submitted a claim related to the accused woman to a civil court. The second live video streamed a dispute at the spinning center and delivered the interview with Munkhsuld and a woman who got injured during the training.