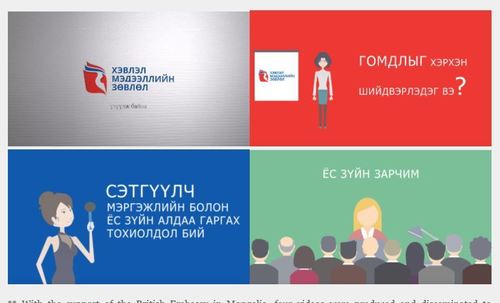 ** With the support of the British Embassy in Mongolia, four videos were produced and disseminated to highlight the role and importance of media self-regulation in ensuring the freedom and independence of the media. Videos are on the following topics:

These videos have become a guide for citizens and organizations to understand media self-regulation. 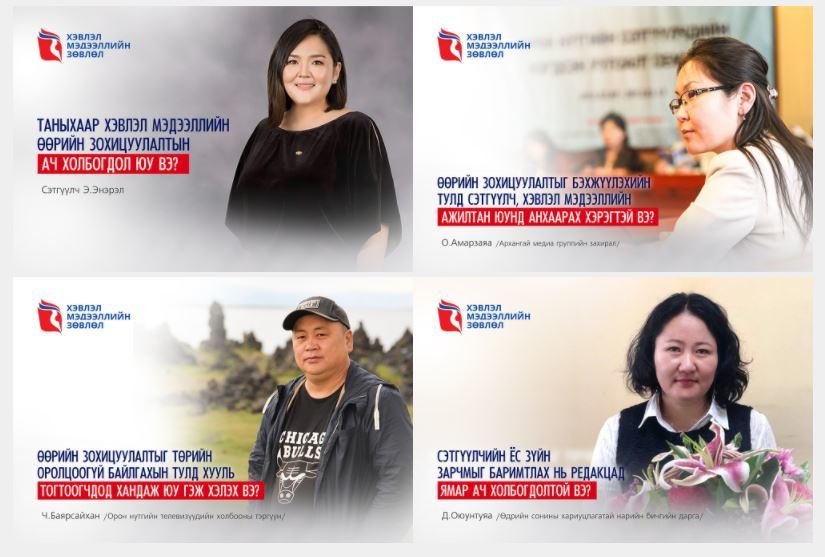 ** In addition, a series of posters have been prepared and disseminated on the topics of “The Importance of Media Self-Regulation” and “What should we pay attention to in order to have media self-regulation without government intervention.”

** Posters were prepared based on the results of a survey of 300 journalists on “Freedom of the Press during the situation of Public Readiness” and disseminated on the MCM's Facebook page.

** G.Gunjidmaa, Executive Director of the MCM, gave interviews and information to the following media outlets: