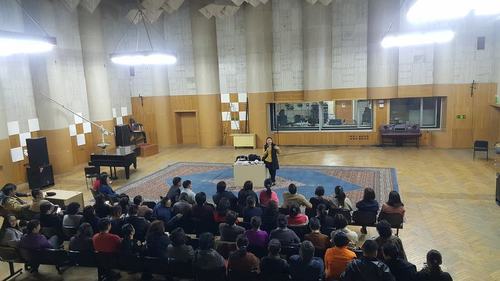 MCM HAD A TRAINING ON MEDIA SELF-REGULATION FOR THE MNB

MCM has been organizing trainings, seminars and discussions among media associations, newsrooms, journalists, journalism students and other government and non-government organizations since its establishment.

This time, we organized a training on media ethics and effects of media self-regulation to News and Program Department of Mongolian National Broadcasting.