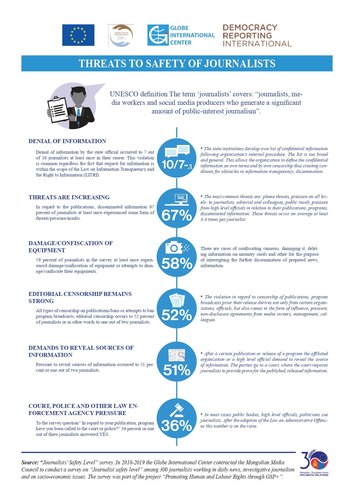 ONE OUT OF TWO JOURNALISTS THREATENED AT SOME LEVEL

The MCM conducted joint survey on the safety of journalists with Globe International Center first time. The survey aims to determine whether journalists can fulfill their duties without any pressure or threats and involved 300 journalists.

According to the survey, one of two journalists felt following incidents: they were threatened or intimidated, their prepared news were censored, their equipment was attacked, they feel sexual harassment, or their cyber security was attacked.

Neglecting or not reporting about safety issues makes a room to increase threats. 67% of total journalists received or felt some kind of threats or offence because of their published articles or news. But only 1% of crimes against journalists were given penalties. 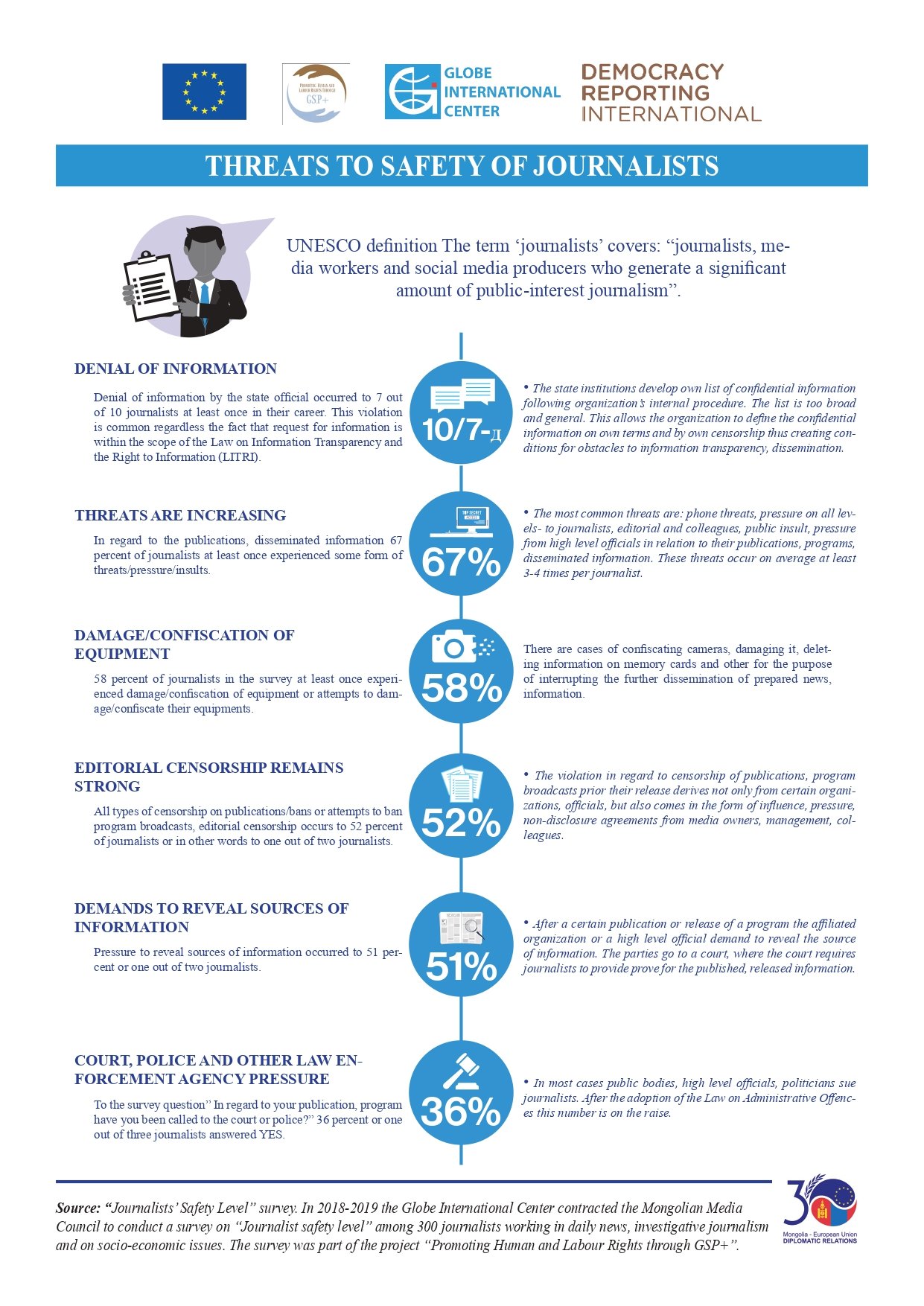