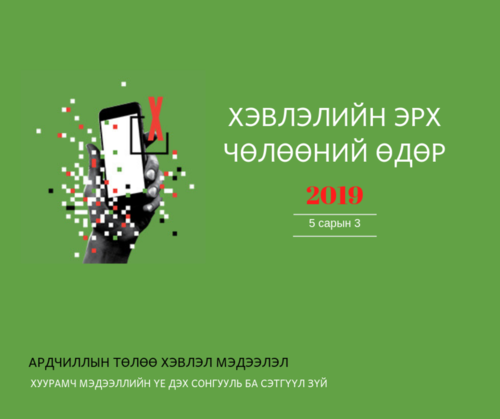 APPEAL ON THE OCCASION OF THE PRESS FREEDOM DAY

Next parliament election will be held in June 2020. Every election campaign is a challenge for professional journalism and requires that much high-level professionalism.

In recent years, social media has been spreading more to become public platform and one main information source. It means social network is a special platform. Online environment provides possibilities to spread information without verification or fact-checking and defaming someone’s reputation compared with a traditional media.

On the other hand, a principle to distinguish professional journalism content than PR contents by clearly defining them for the purpose of not misleading readers is included in the media ethics principles.

A new principle is defined as “Media shall avoid to publish any information about candidates during the period of time when a person, who is accused, cannot make any comment before the vote day”.